I was given the incredible opportunity to sit down and have some one-on-one face time with the attending authors at the recent Houston event. It was a blast! I got to pick their brains for five minutes each. Thanks to all of you who submitted questions, I was armed and prepared. ~Nadine
We’ll be featuring a different author and their interview here for the next several days. Make sure you scroll to the bottom and enter the AMAZING Rafflecopter for your chance to win a SIGNED paperback from each attending author and keep scrolling for another chance to win various swag from the event. If you submitted a question on either My Secret Romance’s Facebook page or Oh Whimsical Me’s Facebook page, you get extra entry points.
Today’s spotlight is Erin Noelle! You asked the questions, she answered them. Enjoy! 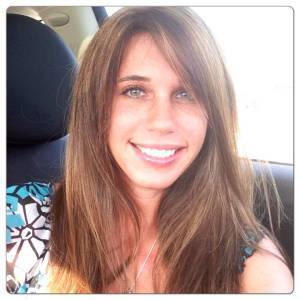 What inspired you to start writing?
Reading. I’m just, I’ve always been a huge reader. My first book, Metamorphosis, is about two girls who, they’re huge readers, and they go out to try to find their book boyfriend in real life. That was like the premise of the book. I just kind of wrote it for fun. I was in a book club and kind of wrote it for my book club people and they were like ‘hey you should publish this’ so I did and that’s where it went.
What are you planning to do next?
I’m writing two books right now. I’m actually writing the fourth book to the Book Boyfriends series, which is a novella called Timeless. It takes place at the end of Euphoria but before the epilogue in Euphoria. There’s a six year span between the end of Euphoriaand the epilogue, so I’m covering those six years in a novella. I’m also writing a follow up novel to When the Sun Goes Down. It’s called As the Dawn Breaks. It’s a spin-off. This is a standalone (When the Sun Goes Down) it has an end, but it is open for a continuation of one of the character’s story, so I’m working on that now.
Add Timeless to your Goodreads

If you could turn one of your books into a TV series or a movie, which one would you choose?
When the Sun Goes Down. Yeah, I love that book. It’s my latest that I put out and I love the story to it. It’s really different from most anything that people have read. It’s told from the two points of view from two females instead of a male and female. They are polar opposites. Trina is a very shy, elementary school music teacher. She has no social life whatsoever. She’s not interested in being a part of any social life, not making friends. She wants to go to work, go home and that be it. Kat, she witnessed her dad kill her mom when she was fourteen and from that point on she’s had this plan of revenge that she works towards and she’s just a man hater. She actually goes out at night and seduces men and then basically lives them tied up in hotel rooms or whatever. She likes to belittle men and she’s kind of a dominatrix. Without giving the story away, it’s about what happens when their lives collide.

Amazon| B&N| Kobo
What inspired your characters?
With Meta (Metamorphosis) the main characters are college students. When I was reading, I was just reading a lot of New Adult when New Adult really became big in 2012. I actually mention a lot of other books in there and talk about actual characters in other books. So, they were really inspired just by the whole New Adult genre, what I was reading.
What inspired this one (When the Sun Goes Down) cause this is just the complete opposite?
Actually, okay my husband always tries to give me book ideas and most the things he comes up with are just ridiculous. But, God love him, he said ‘hey what if you wrote this book about these two like polar opposite females and make their’, so he came up with this character and once it got in my head the whole story just started playing out in my head. And whereas this series I had no idea what was going to happen until I wrote it. Honestly, it was like if I had a bad day, my characters had a bad day. If I had a good day, it was a happy life for my characters. I made it up as I went along.
What is the time frame from start to finish for your first book?
Three months is how long it took me to write my first one. I stopped reading. I was still working when I wrote it. I just stopped reading at night. I use to spend, from when my kids went to bed, like 9:30/10 until about 12/12:30 reading. So I stopped reading and just wrote during that time instead. I started in October of 2012 and I published it in January of 2013.
If you weren’t a writer, what would you be?
I did work in bookkeeping or accounting. I can really do anything. Hmm…that’s tough. Probably a Beta reader. Can I get paid to read books?
The chimes! The chimes were dinging signaling my time was up once again.
About Erin
Erin Noelle is a Texas native, where she lives with her husband and two young daughters. While earning her degree in History, she rediscovered her love for reading that was first instilled by her grandmother when she was a young child. A lover of happily-ever-afters, both historical and current, Erin is an avid reader of all romance novels.
Most nights you can find her cuddled up in bed with her husband, her Kindle in hand and a sporting event of some sorts on television.
Connect with Erin Noelle: Facebook | Website | Goodreads

Pick up a copy on Amazon
Metamorphosis| Ambrosia| Euphoria